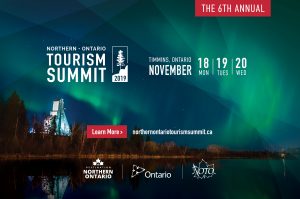 When coming to Timmins, make sure to pack a rod so you can take advantage of fishing an amazing section of the Mattagami River that runs through the heart of the city.

Back in the 1900’s, lumber companies floated their logs down the river in the spring to their mills. These mills provide lumber for the mines and for new homes being built for the immigrants coming to work in the mines and forestry industry.

Although Timmins is know for it’s mining, the forestry industry played an important role to the growth of Timmins as while. When the ONR came to Timmins, two thirds of the lumber milled at Feldman sawmill was shipped to markets near Toronto.

Although there is no records of what the fishing was back then, pictures indicate it was an amazing fishery in the early 1990’s.

This section of the river was also part of fur trade used by the First Nation People, Traders, and trappers between the Mattagami and Frederick House river systems.

In 1960, a major flood occurred when the Mattagami and Mountjoy, Grassy, Tatachikapika Rivers and many in flowing creeks that flows into the Mattagami River caused substantial damage to residential homes and the township along a section of the river known back then as Mattagami Heights.

In 1970, a project started to clear these dwellings and structures. In 1977 a joint effort between the City, Kinsmen Club of Timmins and Mattagami Region Conservation Authority to build a Historical Conservation Area which would include a Participark in this flood plain area. The project was completed in 1980.

In 1987, the Timmins Kiwanis Club hosted the first multi species fishing tournament along this section of river, using this park for registration, parking, boat checks and a weigh-in site.

During this time as part of a multi phrase waterfront development plan, a boat launch was built between 1988 to 1991.

Due to the number of participates the last tournament was held in 1993 and relocated to Kenogammissi Lake in 1994 -2011.

Part of the plan for the Participark was to put a walking/bike path on both sides of the river that followed a section of the river from the Riverside Bridge to the Laforest bridge. In 2002 the first phase of these pathways were completed.

There are several spots along these paths where an angler is able to fish from shore and catch a variety of different fish species that swim in this section of the river.

In 2002, the Timmins Fur Council and Club Navigateur partnered along with the MNRF, OPG and Domtar to transfer 50 adult Lake Sturgeon from Little Long,north of Fraserdale into the Mattagami River.

Studies over the years have confirmed that different year classes of Lake Sturgeon were captured during research studies and angler testimonies indicating a successful transfer.

In 2009, the Great Canadian Kayak Challenge and Festival held it’s very first one day event at the Historical Conservation Area as part of the Timmins Centennial Celebration.

Due to the overwhelming demand, the one day event has turned into a three day event now. In 2011, the City purchased a set of docks for the Kayak Challenge and placed them next to the boat ramp.

These docks were a welcome addition not only by the kayak competitors but by the local residents and anglers.

With requests from city residents, the city now places the docks in next to the boat ramp one week prior to the closer of Walleye season and usually removed after the Thanksgiving Weekend. Placement and removal of the docks depends on whether the ice is gone in the spring or how early the ice starts forming in the fall.

With the Mountjoy River flowing in, a river bend with a deep scarol hole and town creek next to the boat launch, having these dock placed here provided an excellent location for anglers to fish from.

With the amount of usage the docks received from residents, visitors to the city and anglers, the city seen the need to provide walkways from the parking lot to the docks and an wheelchair accessible dock so everyone could enjoy the docks.

If you are planning on fishing from the pathway/bike trail or the docks, all an angler needs is a pickerel rig, a three ounce bell sinker, your choice of live bait and a spike rod holder you can pick up at a bait and tackle store for your rod to sit in.

Due to strong river current, the three ounce bell sinker will hold it place. Simply cast it out, reel up your line until it is tight and then place your rod in the holder. When a fish bites, simply set the hook and start reeling with your rod tip held high so not to snag on the river bottom.

Many local anglers use this set up during the day.

Early morning, sun set or overcast days anglers can cast shallow crank baits, a split shot and go getter with live bait, swim baits or top water baits. By casting them parallel to the shoreline an angler is able catch fish coming up into shallower water to feed during these times.

Anglers fishing from boats are able areas where they can troll/cast crank baits, vertically jig or pitch jigs to shorelines, lindy rig, or pull slit shot with go getters and live bait in sections of the river which are free of debris.

Since the river was used to float trees down to mills in the early years, anglers using lindy rigs, dragging jigs or bottom bouncing should keep the sinkers/jigs just off bottom and at a 45 degree angle. This should minimize the number of times snagging up.

Whether you’re visiting family or here on business, be sure to schedule in some time to come down to river and wet a line.

Today thanks to proper fish management, the city, the different organizations that transplanted Lake Sturgeon back into this section and clubs that helped develop this section of the river, residents and visitors are now able to enjoy catching a variety of fish species and even a dinosaur today.

Angler with the Smallmouth Bass is Al Marin, Big Walleye is Steven Guillemette, Rock Bass is David W. Reid, anglers with the little sturgeon on the docks are on the left Vincent Fortin 4, me, Right Julien Fortin 10. 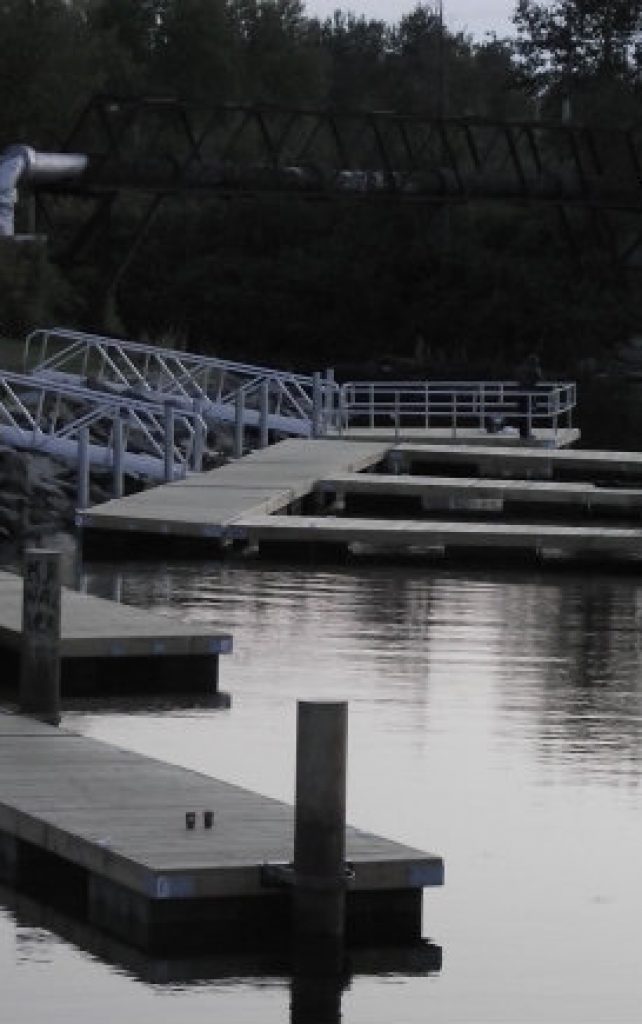 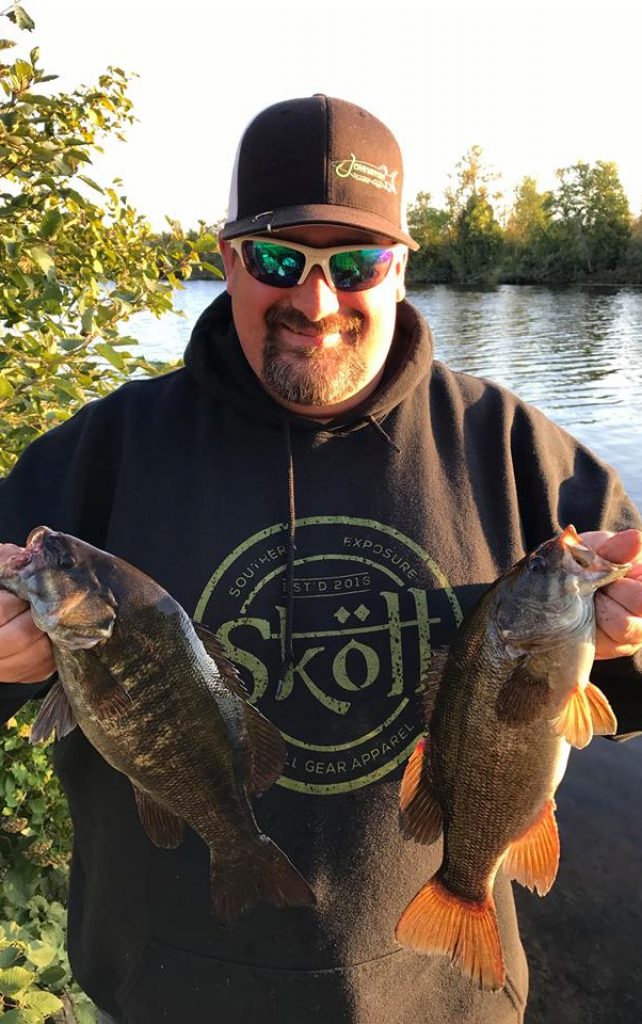 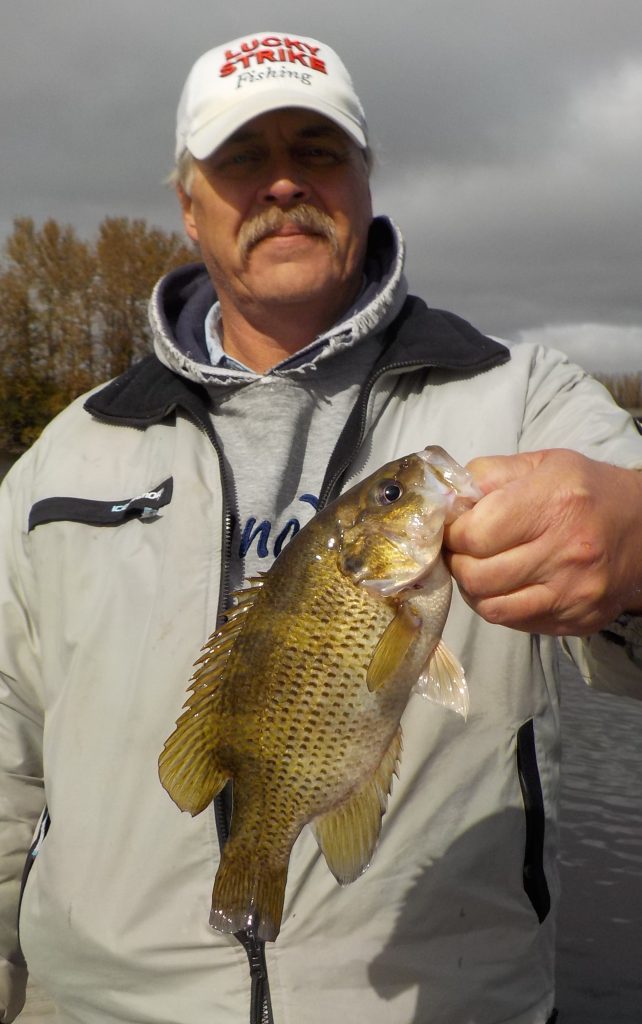 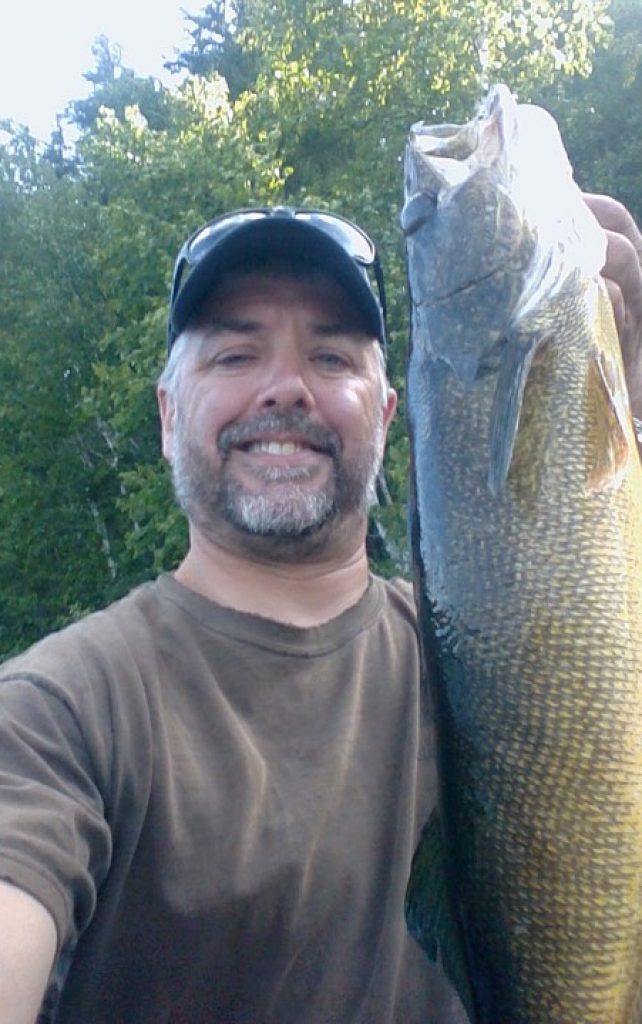 With the snow and ice starting to melt we find ourselves day dreaming of where to spend our holidays.

If you enjoy the outdoors, your thoughts may be of camping or a fishing trip either with friends or family.

A place where you can listen to the call of loons, watch bald eagles soaring overhead, blue skies, fresh air, camp fires, stars so bright that they brighten the darkness of night, watch a mystic sunrise and a breath taking sunset. A place where you able to unwind and reconnect with family or friends.

One such place is located in Northeastern Ontario. The Cache Campground is located just forty minutes southwest of Timmins making it an ideal place to stay.

The Cahe Campground offers both trailer/RV camp sites and cabin rentals which are only a few step from the beach area on beautiful Kenogamissi Lake.

Campsites for trailers come with either a 15 or 30 amp. hydro hookups, and a fire pit where you’ll be able to enjoy roasting marshmallows, hot dogs or smores during the evening. Trailers lots can find a waste depot that is conveniently located on the property.

Cabins offer a kitchen with a full size fridge, stove and microwave, a three piece bathroom, cookware, dinnerware and utensils.

Guest have the option of either cooking their catch of the day or meals on the propane stove or the barbecue that each cabin is provided with.

While staying here, visitors and their children are able to enjoy the beach, children’s playground, biking, trails, laid back atmosphere, and can partake in the events which are held by the campground throughout the summer.

Anglers are able to purchase some of best bait available at the campground store. If you don’t have a boat, not a problem as the campground have 14 foot aluminum boats with 9.9 hp. outboards for rent.

Fuel and propane is available on site. Should you have any problems during your stay with your water crafts or small engines, MD Marine is on location to service them and get you back on the water.

Well picking up your bait up at the store, be sure to ask the owners Michelle or Denis Perrier or their friendly staff about any hazards on the lake you need to be aware of. They will also be happy to help you with areas, depths and techniques that are producing fish during your stay.

Many of the local campground anglers will be glad to help you out on locations, bait and depths as while, so don’t be afraid to ask them.

Next to boat launch is a Historical Plaque. Here you can read about the importance of how this water system was to the fur trade back in 1794.

Once on the water anglers, pleasure boats, kayaks, and leisure crafts can enjoy 40 km. of prestige waterway that lies between, the Wawaitin Dam at the lower end and Upper Dam on the southern end,

With plenty of structure, anglers have many options to fish.

Walleye anglers can enjoy jigging one of the many rock or sand points, shallow or deep rock/sand humps, and shoreline.

If you like to pulling bottom bouncers, Lindy rigs or drag jigs, there is no shortage of areas along the main channel or in mid depths areas you’ll be able to pull them and catch Walleye.

Open water anglers can enjoy pulling crawler harness or crank baits for both Walleye and Pike.

If you enjoy Pike fishing, be sure to pack your spoons and crank baits. Anglers can focus on either casting or trolling shorelines or venture out over deeper water for some amazing Pike action that happens all season.

Over the years, the Smallmouth Bass population in the system has exploded, making for another favorite species many local anglers are starting to target.

Anglers can cast tubes baits, spinner baits, jerk baits, top water or drop shot for them along flood timber shorelines, back bays or on the many humps and points in the system.

With Timmins only a short drive away, the Cache Campground is an ideal place to stay whether you’re visiting friends, family, attending/competing in the Great Kayak Challenge or any other event you might be attending in Timmins.

If you need to pick up some supplies in Timmins or just want to take a break from cooking, be sure to check out some of tourism attractions the city has to offer. For events and tours, Please visit https://www.facebook.com/Tourism-Timmins-478263485543080/?__tn__=%2Cd%2CP-R&eid=ARDbzOYyXBhaR_XX4vkSNZnDMaLw7h3yLdNnj0ByQr8tfZJd415lLigcXuwq-2zxhrsIoK61pi6ScRSv

If you’re looking to treat yourself to something different for dinner, be sure to drop by Get Ribbed Smokehouse & BBQ Pit located on Riverside Dr., and take back some of Best Southern Smoked or Barbecue food you ever had.

Come discover Northeastern Ontario this summer and start making memories with family or friends that will last a lifetime. You’ll be glad came.

Big Walleye Picture is of Matt Arrigo and Smallmouth Bass is of David Ainsworth. The other pictures are of the Cache Campground. 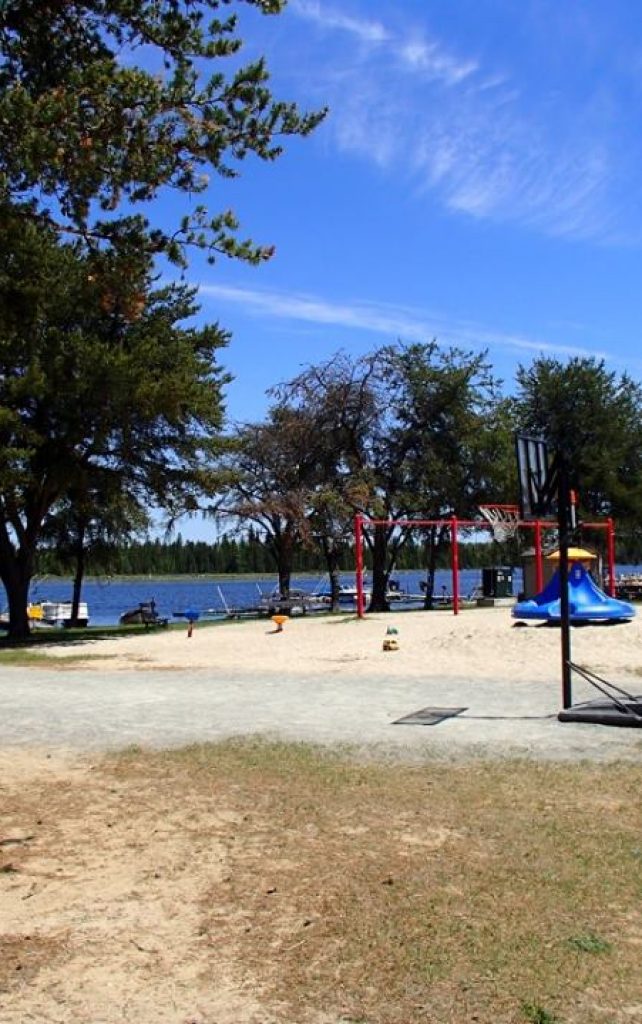 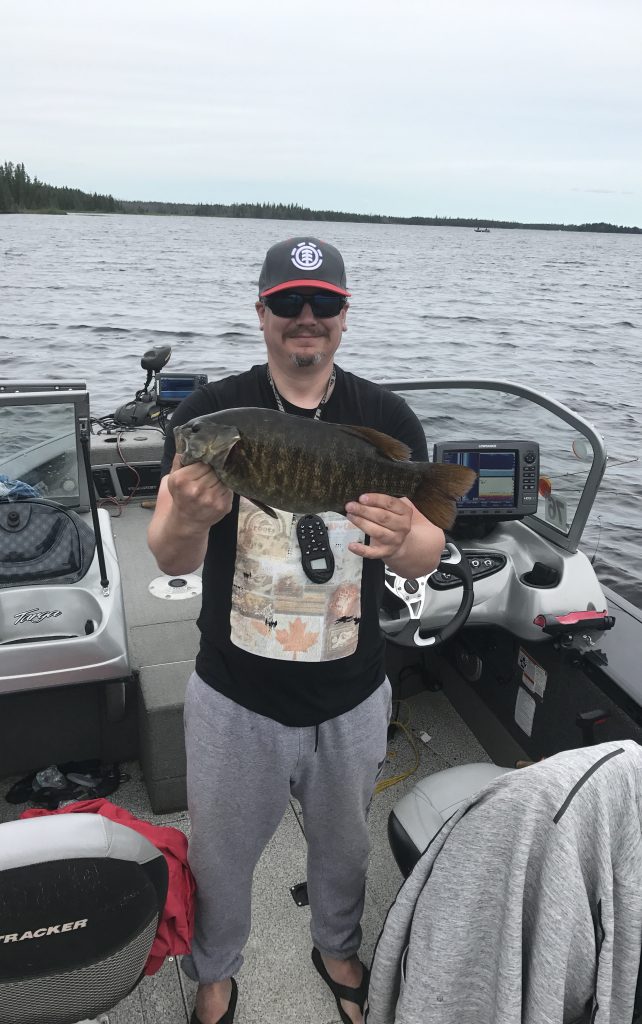 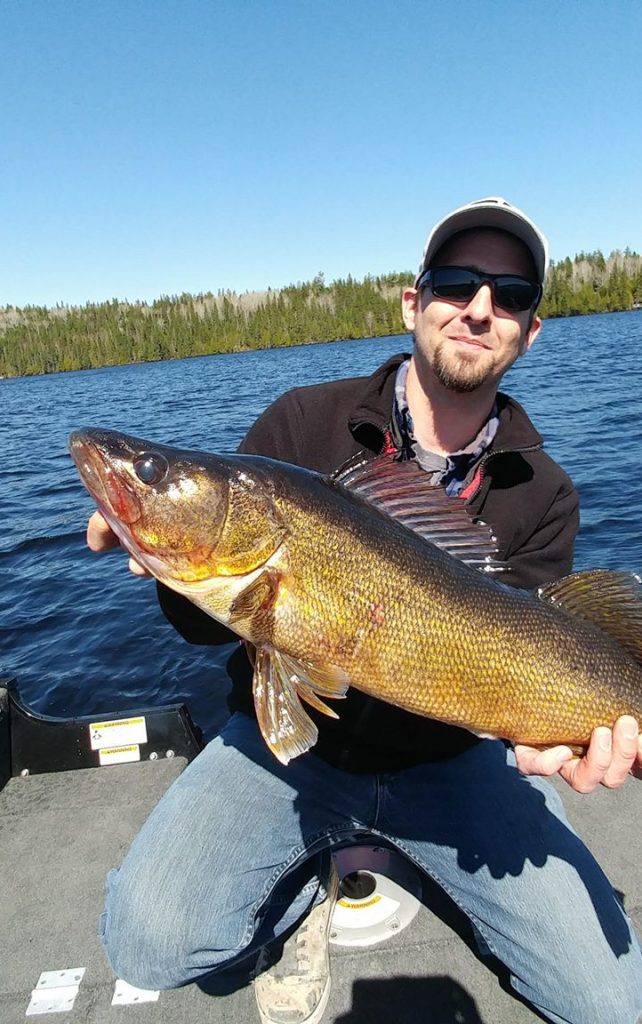 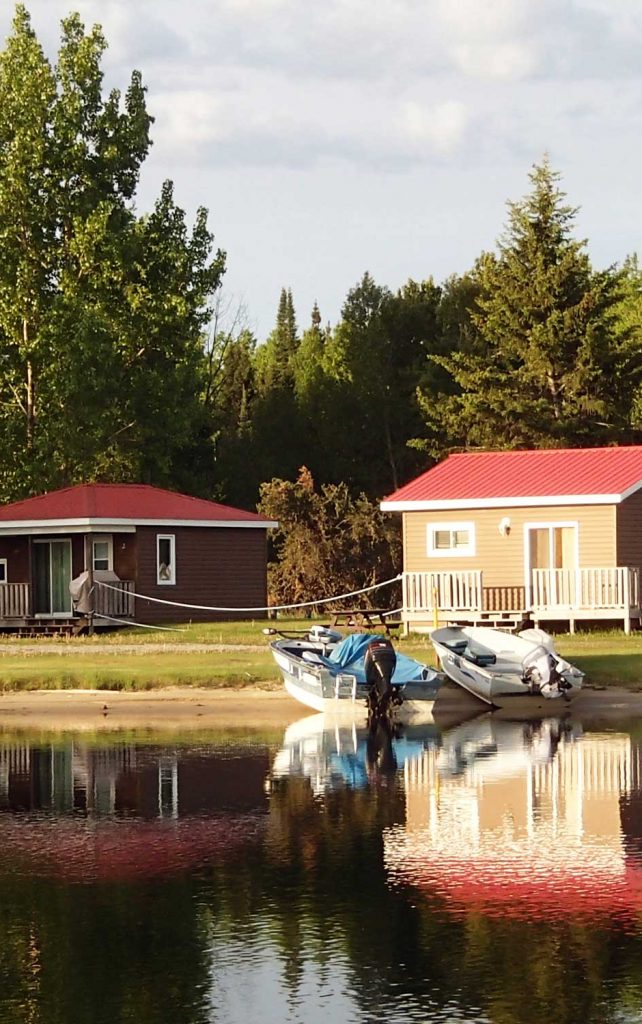 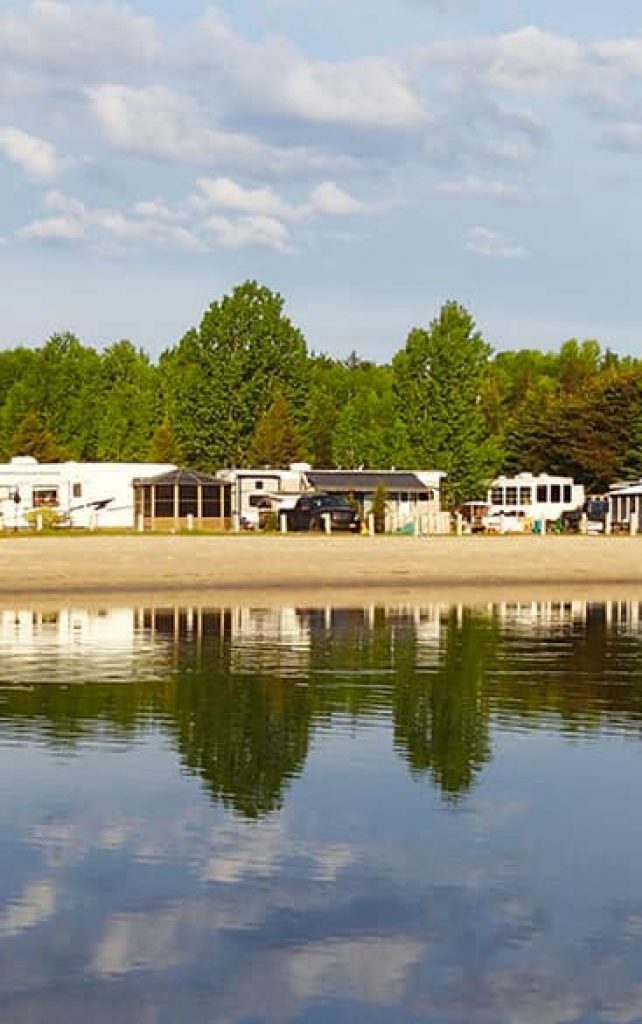 Share your feedback to help inform the new Ontario Tourism Strategy and strengthen our tourism sector.

This survey will take around 2 minutes. 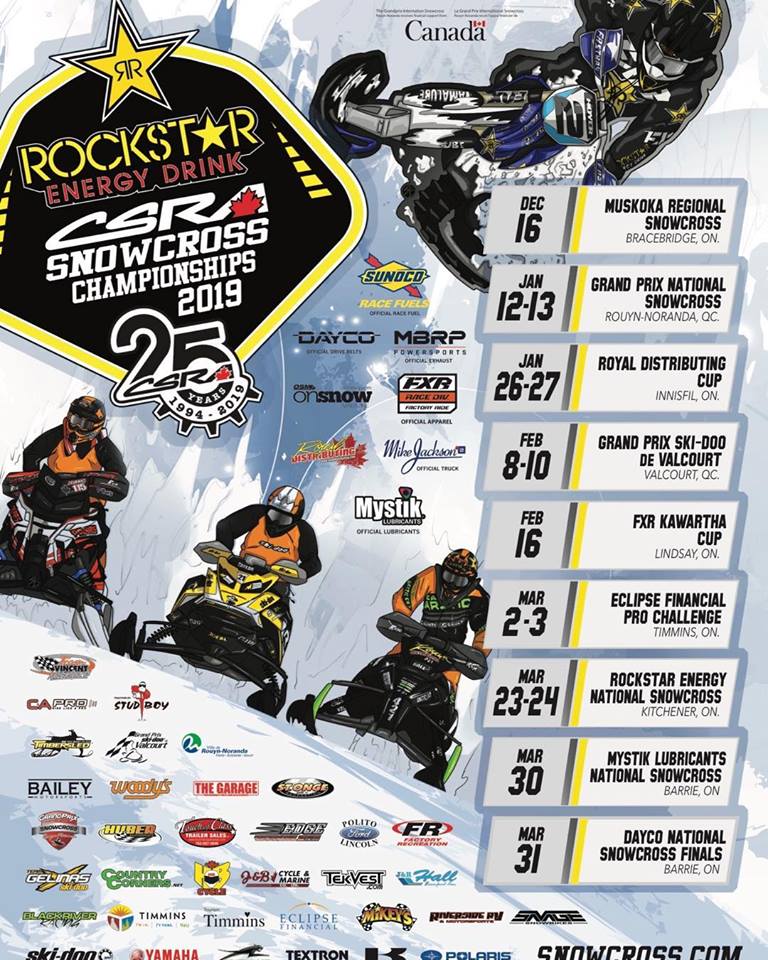 Follow these two links for FAQ on Cannabis use in Ontario