You are here: Home » Things to Do » Summer Fun » Canoe & Kayak Routes

Paddling is one of our favourite summer activities. Whether you are a novice or an expert paddler, the greater Timmins area offers a wide variety of rivers and lakes to be enjoyed by all skill levels. We have several water routes marked and mapped for your safe and carefree enjoyment. Some of the best canoeing is available here and some of the legendary rivers such as the Abitibi River are right on our doorstep. Our world class canoeing and kayaking experiences will take your breath away. And if you happen to be visiting during the last week of August, do not miss out on the Great Canadian Kayak Challenge & Festival.

Access to Jowsey Lake is by road. The put-in point is about 7 km north off Highway 101 over a relatively good gravel road. There are some rock outcrops on the western shore but it is mostly low-lying taiga forest. Access to Dana Lake is about 1 km further down the road on the left hand side. Dana Lake has several islands which have fairly large red and white pines dominating the skyline. The lake itself is made up of several bays so canoeing is somewhat protected even in a mild wind.

Route: From Dana or Jowsey Lake launch sites around each lake
Trip Length: About 8 km each
Level of Difficulty: Easy paddling
Seasons: Spring to fall

High Falls is a series of rapids and water falls with a total drop of about 40 metres. It can be approached by walking, biking or cross country skiing in the winter along a 12 km trail that begins at Dalton Road just before the descent into the Grassy River Valley about 26 km from the Timmins Chamber of Commerce Information Centre.

The trip from the Malette Bridge to the Timmins waterfront is about a three-hour canoe trip over flat water plus the time needed for a stop at the Spruce Needles Golf Club for lunch. It is a great way to spend a Sunday morning for an outing close to town over a historic waterway. It was the route of the Hudson Bay Traders in the 18th and 19th century followed by loggers and prospectors of the 20th century.

This lake is located about 18 km south of Timmins off Pine Street South. It is just outside the city limits and has a great launching point for a canoe at the north end of the lake. The forest on either side is mixed with black ash along the shore. The area was an active log drive route up until the 1950s and in a few places the remains of boom logs can be seen.

Peterlong Lake is located about 40 km south of Timmins on a good gravel road. There are many places for canoeists to camp and the lake can be the beginning point for a trip down the Grassy River to Timmins or upwater to Kapiskong, Sinclair and Loonwing Lakes. Over 25 km of navigable lake water can be accessed from here. It is truly one of the most spectacular areas in the northeast in spring, summer and fall.

Porcupine Lake is easily accessible from several places. The best way would be using the Waterfront Park at the end of Bruce Avenue in South Porcupine. Another launch point would be from Bannerman Park just east of the bridge in Porcupine.

This route is easily accessible but not often used and has ample opportunities for wildlife viewing. The river winds in a northeasterly direction that takes the canoeist behind the Owl Creek Mine and the Kidd Creek Metallurgical site.If the plan is to travel all the way to Nighthawk Lake, two days will be required. Please note that once committed beyond 3km, presently there is no put out until some 30km later.

Route: Downriver from a launch site north of the Government Complex
in Porcupine
Trip Length: About 47kms
Level of Difficulty: Easy paddling
Seasons: Spring to fall

The Redstone can be explored in an easterly or westerly direction from the Springs Road Bridge. The easterly or downstream section will take the canoeist down to Nighthawk Lake, a distance of about 18 km. The westerly or upstream side can be followed to a set of rapids and falls about 20 km from the bridge.

Route: From Redstone River Bridge on Stringer’s Road to the falls on the Redstone
Trip Length: 20 km one way
Level of Difficulty: Could be difficult due to beaver dams
Seasons: Spring to fall (best in early summer when water is high)

This trip is not for novice canoeists. There are many rapids and the low water in July and August makes the river very difficult if not impossible to canoe. For experienced canoeists the time to do the river is from mid-May at spring breakup to mid-June. Those who have paddled here claim it is a challenging and exciting trip. There are some portages over a kilometre in length and others of a few hundred metres.

Route: From Highway 144 to Malette Bridge
Trip Length: 30 km
Level of Difficulty: Recommended only for expert canoeists
Seasons: Spring to early summer (many rapids with potential spills, best in early summer only)

On this trip you will see the Domtar- McChesney Sawmill, one of several that has played a big part in the economy of Timmins. Once past the conservation area, farms and homes, you will enter an undeveloped area of the river with quiet waters and trees extending down to the water’s edge. About 13 km. down the river you will see a hydro barricade. The trip up to the power station is about 14 km. Allow 6 to 7 hours for the return trip.

Triple Lakes is located about 30 km south of Timmins. On the east shore of the first lake there was a little known mine called the Triple Lakes Mine that followed a quartz vein up from the water’s edge. At the bottom end of the lakes is a portage route past an impressive chute of fast moving water that empties into a pool at the bottom.

Route: From Mountjoy River at Marceau Lake to the Chutes at north end of Triple Lakes
Trip Length: About 20 km
Level of Difficulty: Easy paddling
Seasons: Spring to fall

The lakes are easily accessed by car and the launching area is right beside the road. Allow about two hours to explore the three lakes and, if you are open to a challenge, it is possible to fight your way through bulrushes to reach a fourth lake which empties into the second lake from the parking area. 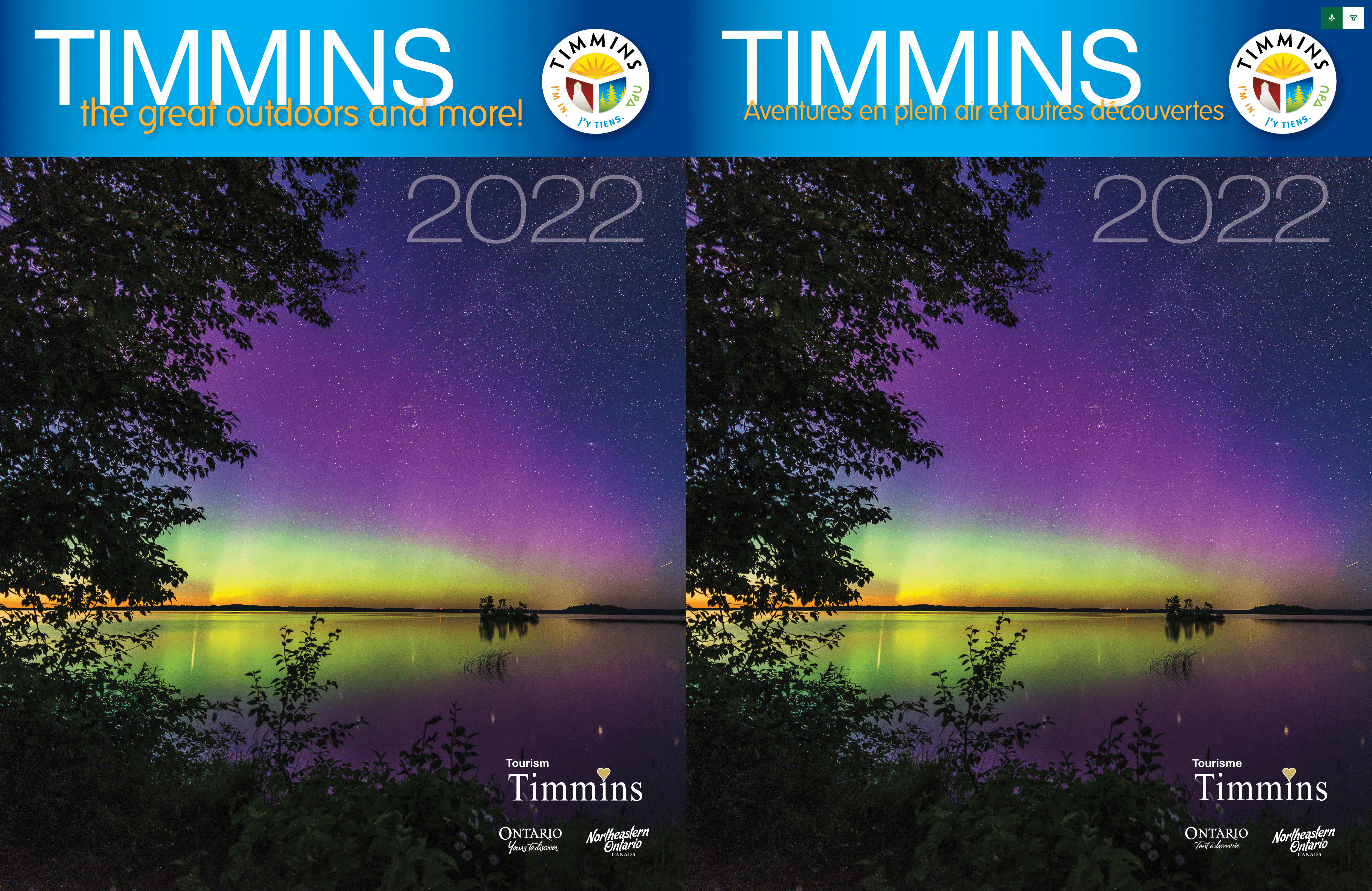 History in the making, Come North to Explore.